*There is very little in the way of spoilers here and I currently have no knowledge of events beyond Season 1, episode 4. 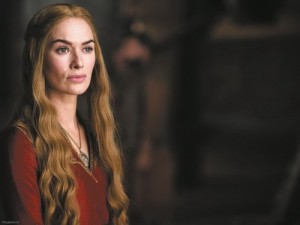 First off, can someone please change the show’s title to ‘Games of Thrones’ because that is how I always see it in my head and it ain’t changing anytime soon.

Anywho (greatest segue ever) it is clear that Game of Thrones has become a cultural phenomenon over the last 3 years. On top of being the most illegally downloaded television program in Australia, my Facebook newsfeed becomes a smorgasbord of people moaning about detested or annoying characters or posting horrified memes when a beloved character dies. Sometimes I’m inclined to take the pretentious route and ignore super popular shows just to be different and contrarian (as I’ve done with shows like Suits), but I also have a fear of missing out on significant moments and movements in popular culture and Game of Thrones with its legions of fans, HBO cred and critical acclaim gave me a massive FOMO pop-culture hard on (a phrase I swear I’ll never repeat).

But there are a few reasons as to why I’ve avoided the show thus far. Mostly I’m not really a fan of ‘capital F’ Fantasy, which is funny thing to say considering Buffy the Vampire Slayer is my favourite show, but by Fantasy I mean those very long books with characters who have ridiculous sounding names, no sense of humour and spout some pompous rhetoric about nobility and honour. Also I’m very aesthetically driven in my television (and elsewhere) choices and these sorts of sword and sandal fantasies tend to carry a very monotonous, if not monochromatic visual pallete, with brown mud, white snow, grey walls and fabrics; and after the budget is blown on the pilot you’re left with vaguely cheesy looking sets that look like villages in Xena. I suppose I imagined the series as a more adult version of BBC’s Merlin mixed with costume dramas like The Tudors.

Having seen the first four episodes I can now say that my suspicions were both right and wrong. Sure the series isn’t Adventure Time-colourful but the breadth of story takes us from snowy wilderness and grasslands to grand cities to sun dappled beach ports and more traditional fantasy village settings. And while many of the characters tend towards the noble and overly serious (also all their names are kind of a blur), the characters are not lacking self-awareness and for the most part seem fairly contemporary in their speech (far less ye olde English than I expected) and behaviours.

Thoughts on the pilot

­Of the 4 episodes I’ve seen, ‘Winter Is Coming’ is clearly the only episode that deserves special attention as the following three aim to fill in the world and its history while moving the characters where they need to be for the upcoming drama.

The first scene of the series is wonderfully slow-building and perfectly establishes the mood of dread and foreboding that runs throughout the episode. It’s a beautiful and creepy mood setter before you’re thrown into a fairly involved plot featuring 986 important characters in 37 different nations (areas? lands?) all with complicated histories and relationships. To its credit the series does as well as humanly possible to allow you to follow along without greatly simplifying the narrative or cutting out characters (one assumes; I have no idea how closely the series hews to the source material). One cannot underestimate the difficulty in bringing all these story threads together coherently but ‘Winter Is Coming’ does a fantastic job of making us understand everybody’s relationship with one another and how amicable those relationships are.

The pilot also does well to not make any of the antagonists too cartoonishly villainous, without reason nor any of the protagonists overly virtuous and perfect, at least not right away. Lena Headey’s Cersai Lannister is a perfect example of a character who can’t be immediately be written off as either good or bad; earnestly committing acts of evil and good-hearted humanity. Ok I’ll admit that Viserys Targaryen is an unrepentant asshole with a major case of throne envy, but every series needs a few of those.

Acting across the board is fairly solid, with each actor trying their darnedest to make their character stand out amongst a flock of many. Special shout outs should be made to Peter Dinklage’s Tyrion Lannister, perhaps the most self-aware character and certainly the most amusing. Though in an ensemble this large, some actors are bound to fall short. Nikolaj Coster-Waldau as Jaime Lannister was clearly not chosen for his acting ability. His Danish accent is so grating in this setting that it hides any charisma that he tries to bring to the role. Emilia Clarke as Daenerys Targaryen (seriously, that’s her name? I have no recollection of hearing her being called this. It’s all a massive jumble) is also fairly weak but admittedly grows as her character does throughout the early episodes. At first it seems like all she has to do is look sad while being naked. If I was naked in front of a camera, I’d be pretty sad too.

It definitely needs to be mentioned that this is a beautifully mounted production featuring handsome locations and special effects far beyond most TV dramas. The directors, TV veterans Timothy Van Patten and Brian Kirk (for the first 4 eps) do well to keep the show visually fresh and stop it from getting repetitive. They do especially well during the Tangerys/Dorthaki plotline which seems to feature nothing but exposition and very broad, clunky character building.

What I Don’t Likes:

2 thoughts on “Game Of Thrones Catch-Up: Winter Is Coming”