*SPOILERS for the entirety of season 1, but not beyond* 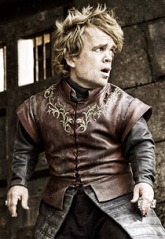 Ok I’m going to be completely honest: Game of Thrones is a beautifully shot and designed show that is smartly written, with many bold storytelling twists and turns that successfully juggle an improbably large cast of characters all of whom are finely cast and embodied. But ultimately it creates a world that I’m not sure I’m completely invested in. In fact, I watched the season finale a good week or two ago and I’ve felt no great urge to continue (I will of course, it’s just not a top priority)

There are a number of reasons for this lack of devotion and because I’m lazy, I shall list them in point form. {Ok I realised all my below arguments are exactly the same and stem for my impatience and the desire for more resolution. But please continue, because I believe some of my points are almost valid}

Despite my complaints of the entire season being a gigantic series of set-ups and intros, the season does kick into second gear around episode 5, ‘The Wolf and the Lion’. In fact, episodes 5-9 do well at sustaining a good pace with plenty of action and story twists. Episode 5 starts off this season’s series of audacious story turns by ramping up the Stark/Lannister rivalry.

Episode 9, ‘Baelor’ is obviously notable for killing off one of its main characters in Eddard Stark, and it’s all very well handled. I also very much enjoyed Tyrion’s storyline as we learn to sympathise with him even further despite the fact that he spends an entire battle knocked out; a telling character moment as well as innovative way to save money.

I’ve already spoken of my appreciation of the pilot episode, ‘Winter Is Coming’ in my first post.

(I don’t particularly dislike any episodes. I’m just keeping to the utterly stupid conceit of this blog.)

You’ve already heard me whinge about the finale, but I’d say episode 2, ‘The Kingsroad’ is as close to being unnecessary as any episode. All the ‘action’ that takes place on the road between Arya, Joffrey and Sansa is especially unexciting. Sure it’s all character building but even without that episode we could see that Sansa is weak, Joffrey’s an asshole and Arya is strong-willed (and dislikes Joffrey).

Episode 4, ‘Cripples, Bastards and Broken Things’ spends a lot of time with John and his band of rejects as it introduces Samwise the hopeless into his gang. Much of the time spent at the watch feels like it’s taking away precious time from the more interesting and livelier storylines. It’s watchable and it does makes Jon one of the more likeable and sympathetic characters of the show, but it still feels like treading water.

3 thoughts on “Game Of Thrones Catch Up: Season 1 Review”